Tributes and Memorials to our Town Councillors 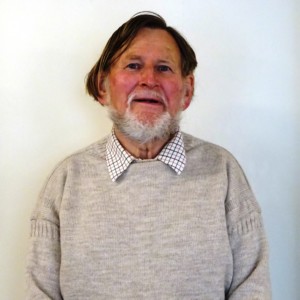 Passed away peacefully aged 74 on October 22nd 2019 in Liskeard Hospital.

As you all know, I’m sure, Roger had a long and distinguished record of public service to Liskeard and to Cornwall.  He was elected to the then Liskeard Borough Council in 1968 at the age of 23 and served as a Liskeard Councillor for 50 years.  He was Mayor twice, in 1977 and 1999, the first time when he was 32.  He worked on economic development, gave great support to the museum and was instrumental in the twinning of Liskeard with Quimperlé, as part of his commitment to international links and pan-Celtic culture.

Some of you knew him better and for a lot longer than I did, but from my experience he was a very principled and thoughtful man, insightful, independent minded, and also wry and witty with a mischievous sense of humour.

I first met Roger when I became involved in the Town Team about eight years ago. Here was someone with a long record of public service behind him but it had not made him in the least pompous or self important.  Instead, what struck me was his enthusiasm for new ideas and ways of doing things.  As Vice-Chair of Liskeard Town Forum he chaired a tumultuous meeting about setting up the Town Team to coordinate town centre regeneration.  There were 500 people in this room and feelings were running high “It’s a revolution!” he said in delight.

As we worked together on the Town Team and later the Town Council what I noticed was that he often sat and listened to others and then made the most insightful comment in the discussion. So he is very much missed in Liskeard and I know his loss is felt more widely too.

Welcome to this celebration of Roger Holmes’ life and very warm welcome to Liskeard Public Hall, an important place to Roger for over 50 years. I’d like to thank Carlton and Maggie from Ilow Splann for playing some of that beautiful Cornish music which Roger loved so much.

It’s wonderful to see so many people here who knew Roger in different ways.  His cousins – Liz, Charles and Christopher, many friends, neighbours and acquaintances, bards of the Gorsedh Kernow, colleagues from Cornwall Council, Liskeard Town Council and Mebyon Kernow.  Representatives of the Royal Geological Society Cornwall, Cornish wrestling, the Cornish Mining World Heritage Site, The Old Cornwall Society, Cancer Research and someone who was a school governor with Roger.

This is an opportunity for us all to gather together to remember Roger.  As you’ll see from the programme, we’ll be hearing from some people from different parts of Roger’s life.  A book is going round for you to share your memories and leave your condolences.  There are also some photographs of Roger at the front here.  Do come and have a look later and share any you’ve brought with you.

And after the speaking and singing is finished we hope you’ll stay on to finish the pasties and splits and talk to each other. You may have seen that a fund has been established in Roger’s name to be held by Liskeard and District Museum to promote Cornish language and culture locally.  That brings together several of Roger’s passions.  As you may know we’ve been working with Goldentree for the last few years on Nadelik Lyskerrys, Liskeard Cornish Christmas, which includes getting local schoolchildren and adults speaking Cornish.  From next year Goldentree will be moving on from direct involvement and a likely use for some of the money is to support the continuation of that language work.  If you’d like to contribute by cash or cheque there is a collection box here on the right.

Our first speaker is Bert Biscoe, Cornwall Councillor and Bard.

Carer Gwandra, Lover of Travelling, carer for wandering – each year the college of bards of Gorsedh Kernow form a long blue line of pairs to process easily behind their banners and pipes. One year, I forget which, for years tend to blend into each other as they accumulate, I found myself walking beside Roger Holmes. I forget what matters of diplomacy and friendship fell between us, but we marched together, content, I believe, to be side by side in our slow amble towards the unknown; an unknown which we both knew by heart, which followed its own rhythm and work within the circle, and walked back to chatter, and a cup of Gorsedh tea.

Never underestimate the importance of the Gorsedh in claiming and defining Kernow’s nationhood; a moment each year of affirmation, but most importantly, a moment in a hall when artists, politicians, writers, thinkers, singers and wrasslers sit down to share a cup of tea – if there is a conclave at which the Cornish collective spirit assembles, then it is the Gorsedh tea! There, we are all equals – there, ‘onan’ sits down with ‘oll’, and the nationalism of laughter, of solace and of imagination slips easily from cup to lip.

I first met Carer Gwandra at the Conference on Cornwall in the 1980s. He was an intellectual whose learning and reasoning was never afraid to seek exercise in debate, to argue and to persuade. In those days, as we explored the European Union and Kernow sought to gain the attention of what we saw as an enlightened celebrant of equality and justice, Roger, alongside John Fleet, formed the Cornish Bureau for European Relations. Paul Smales, a barrister, advised and supported. It was not long before COBER presented the first petition ever submitted to the European Parliament to its President, Sir Henry Plumb.

This led eventually to the Killilea Report, an examination of the cultural identity of a regional entity, in which Cornwall was observed as a case study. The Report was to substantively influence inclusion of Clause 127 in the Maastricht Treaty which committed the EU to encouraging the flowering of the regions and nations of which the EU member states are comprised. We should not underestimate the role played by Cornwall in the evolution of an inclusive and celebratory approach to regions and nations, or the contribution made to securing that influence by Roger, John Fleet and Paul Smales – all now dead.

Following the series of Public Inquiries investigating the claim by Cornwall that it should be, with the Isles of Scilly, a discrete EU Parliamentary constituency, Roger and John parted company. I recall when Peter Cocks, himself an avid student of democracy with a penchant for immersing himself in US Presidential elections, was chairman of Cornwall Council. It was a time when the Council was ruled by a triumvirate – an arrangement which I recall Roger pointing out to a Perranporth Conference, hadn’t worked well for the Roman Empire. Chairman, Party Leader and Council Leader watched each other warily.

Peter Cocks agreed to attend a meeting in Provence, lined up by Roger, to sign an inter-regional accord, a high-level ‘twinning’ agreement similar to that which now exists with Finisterre. It was only at the very last minute, after tickets had been purchased and bags packed, that Peter thought to ask what it was he would be signing. Roger was delightfully vague. Off they went. Peter, naturally, refused to sign! Roger observed, wrily: ‘I tried! Almost pulled it off!’

For some years Roger cared for his Mother. She would be seen preceding Roger into meetings, conferences and, on one occasion, to St Keverne, to attend the unveiling of the sculpture that stands, oddly, in the entrance to a Residential Care Home on the approaches to the village of An Gof and Flamanck. I recall seeing Roger, splendid in black kilt – a badge of deeply formative revolutionary Cornishness – project mother in her wheelchair off the kerb, she bounced on the tarmac and then careered at breakneck speed (more risk to the neck than any speed limit!) down into the village – she was gripping the arms of the chair, head down, looking ahead – Roger emitted what I can only describe as a holler of boyish joy. Later, in a café, I glanced across to see him very tenderly assisting Mother to sip a cup of tea. I think they had just shared a moment of exhilaration without regard to consequence!

When he joined Cornwall Council to represent Liskeard Roger brought his natural learning and erudition to bear. Some, who didn’t want to hear a voice of vision and passion rationalize and explain, would try to hurry him along. But, he was a good debater. He knew his point, and he assembled key evidence and argument to support it. He could hold the Chamber, and his slightly bemused, studious and visionary air would state often quite difficult ideas and truths. When I was ‘doing’ Transport we often saw each other. There was always almost transcendental conversation and friendship, but never once did Roger allow our discourse to descend to the level of asking for a yellow line or a speed limit – I’m not sure that he realized that such was the grist of our political mill!

So, we bid farewell to one of the architects of the modern Cornish movement – a thinker, an intellectual, a democrat and an internationalist; a man for whom much of life was, I think, a mystery but whose passion and learning, his reason and quick-wittedness, gave all of him to the cause he so readily and completely immersed himself in – which is peace amongst nations in a world in which all nations are able to stand equally side by side in fraternity and respect. Cres, Carer Gwandra…..

Close to the border,
Where cattle sell themselves,
And fumes of democracy
Mingle wearily
With the bad breath
And stirrup cramp
Of a loose invader, I go today
To reminisce,
To eulogise and, perhaps,
To feed a myth:
To cast a grain upon the breeze,
To cry across the river –
Not the daughter whose love
Flows between nations,
But rather that forgetful stream
Whose race bears away
Everything but our name
From a lurching stone in lichen yard
In the lee of bemusement’s
Hollow chimes
And cassock-billowing
Commendations of flesh and bone
To clay and worm –
Borne upon a draught
The man who would have been alone,
Whose anarchy lay
In starched sentences,
Whose blink and fear
Lay parched before his marching times,
Whose inner eye ranged
Between travels of library
And imagination, who arranged
Pieces privately
Across ambition’s cerebral board
And moved in opening
To assert a freedom in clear accord
Of nations, of constitutions,
Of principles held high,
Held in the path of scudding clouds,
Held above the waves
When a tide’s force majeure
Seeks to bound its claim,
To hammer the Celtic stake –
Black the ardent kilt
Which wraps the silent heart~
And cries across the moor
Towards the northern shore
A confusion of a life,
The cracked spine of history,
With politics for a wife
And visions of a patchwork world,
Sewn before a winter fire,
In the solace of a tome,
A quilt of hopeful nations,
And a curtain drawn to make the room
An unrequited mind’s
Once and future home.
Cres, Carer Gwandra!